November 10, 2015 / balispearo / No Comments
We start the day hunting at the FAD. We saw few Mahi Mahi but the all kept their distance. Then the first Wahoo greeted me and i shot it right at the spine.  Then not long after we spotted a white tip shark super friendly playing with merman. 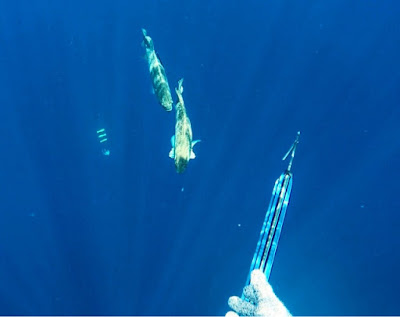 Not long after the whit tip visit more fish come to merman, but this time it was 3 star eating fish. The fish was too friendly that merman was touching it, it was a triple tail. if I was there i will shot the triple tail and have a nice oven baked rosemary triple tail for dinner. 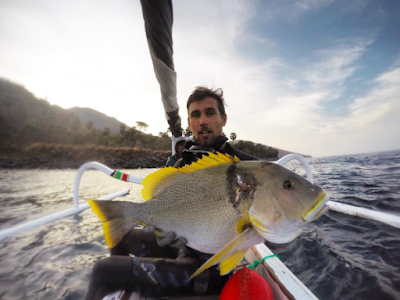 We move to next FAD we shot few Mahi Mahi but we miss the shot. We decide to go Back to reef and get some snapper. We spend the rest of the day trying to hunt the Midnight snapper and Maori Seaperch. After countless try finally Merman shot his first Seaprett!! We call it a day and celebrate.