November 7, 2012 / balispearo
He lived a full live he was one of those rare character one could ever came across with, his philosophy in life is; ‘mate just have fun’ and he sure did shared his 61 years of  fun with those who were lucky enough to ever known him. 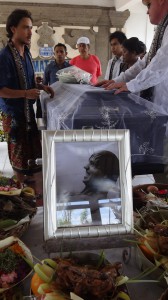 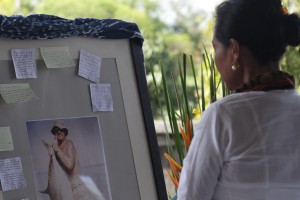 David Wyllie first came to Indonesia in the early 70’s he was one of the early traveller, surfer, outlaw, who discovered many of the surf spots in Indonesia where he finally fall in love with the far eastern island of Indonesia ; Sumba, He was the adopted son of Sumba king and Savu, he certainly was the Son of the ocean. 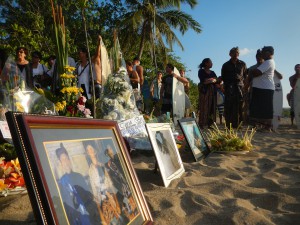 My first encounter with him was when his son Hamish, took me to his piece of paradise in the island of Sumba, where he would everyday cook for us, and tell us the craziest tell tale of his adventure throughout Indonesia, he knows all the surf breaks, and the hot fishing ground all around  Indonesia. The most unforgettable moment i had shared with him was when in 2007 he took us out on this dingy, we were planning to go spearfsihing at this island 2 hours out, half way there the outboard engine was making funny noises, and when i made a comment about it he simply replied, ‘last time this engine is use was 15 years ago, i just got it serviced last week, so lets see if it would work’. We were all started to question our venture, after the first dive that he took us prove to be too deep and too hardcore for our level at that time, we decided to continue and head to our initial plan to this island, few minutes later i realized that water was filling in the boat, it didnt come from one hole, but it was coming from many little holes, popping up one after another as soon as we patch any hole with a piece of wax that i have left in my board short, David kept on squeezing the throttle and gave us an option rather or not we want to go on and i rememebered exactly what he said ; ‘Boys, the island is one hour away we can keep going or we can go back you guys decide.. We might will be able to make it back or we might not, i’ll just make sure we are still close enough to the shore (close meaning 1 km out in the rough treacherous water of Sumba), so if we sank you guys are young and fit, surely you guys can make it back to the shore, if idon’t make it i dont care i’ll die happy, as i’ve lived over 50 years full of fun and adventure!’
I replied;’ yes David you did, but we haven’t and im sure little johny here he is fiftten and our mission was to make sure he get laid on this trip.” Johny was nodding in absolute agreement. 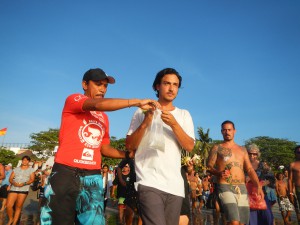 That is David James Wyllie; a character full of life and touched so many people’s life; surfer, fishermens, sea fahrer.. We all owed him alot as he opened up this route in Indonesia he was a friend, a father, a pioneer, he is an inspiration of living the life! 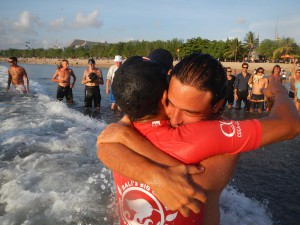 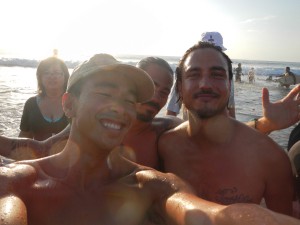 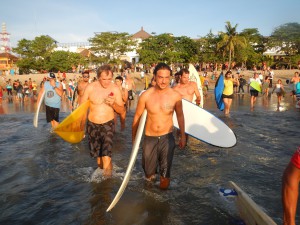 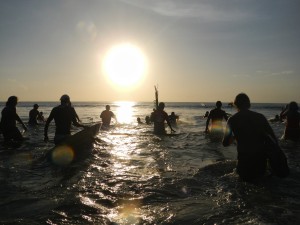 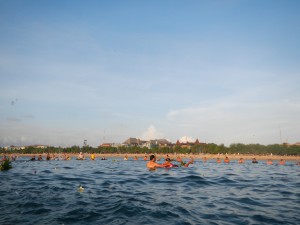 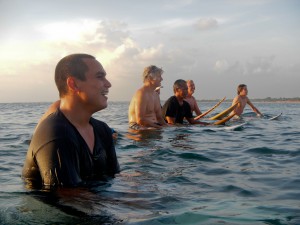 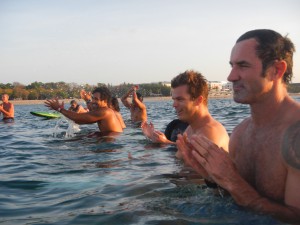 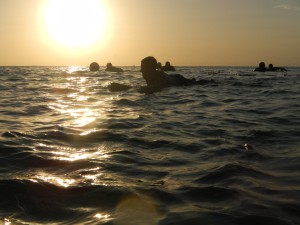