Start Spearfishing too early during  low tide, the water visibility was only 10 meter, and the water was freezing  around 24 degrees. The fish are no where to be found only small maori sea perch  and nice long nose emperor playing hide and seek.  Frustration level getting higher , not counting Brett have a hang over from tequila shots and beer and i have a slight hangover from 3/4 bottle of red wine from the night before. Then we give up and decide to go to one of penicle for some pelagic fish action.

Half way to the spot we give up, the boat is just too slow, so we head back to another spot: a channel with a nice sand bed. not long Brett landed his first Jobfish. Then more Jobfish came few small one  and two big one. I took a shot and miss ( i have my reason blame it on the red wine from the night before)

Second dive the Jobfish kept it distance and nice size rock cod. Then we try 2 other spot but visibility was getting worse. Big lesson for you boys, don’t dive with hangover, is so annoying!! Dive safe! 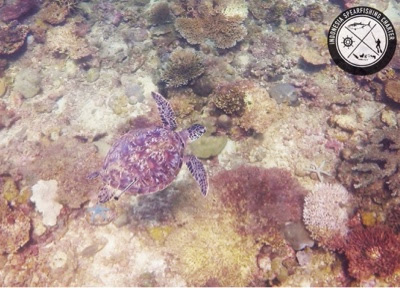 Spearfishing with strong and cold current from the depth of Bali.